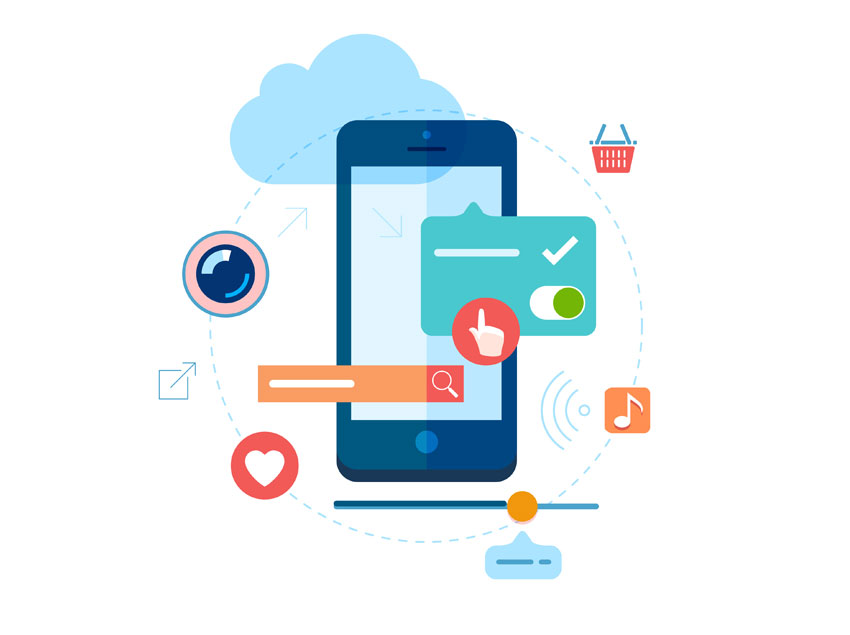 4 of the Most Innovative Retention Strategies for Mobile

Home « Blog « 4 of the Most Innovative Retention Strategies for Mobile

So you are in the midst of developing a mobile game (or app), and it’s time to start thinking about growth. You have been so focused on development that the launch date started to sneak up on you, and you need to think about your potential user base. Where do you turn to first? Retention strategies should be your focus.

Many developer’s first thoughts on growth will typically be to which user acquisition channels are the best bang to the buck, such as Facebook ads or Google Adwords. While this makes intuitive sense, since without new downloads, an app won’t get the proper exposure, it’s slightly misdirected.

For a successful successful long-term growth of an game or app, developers should first and foremost optimize for retention.

The reason is illustrated well in the graph below. Game A has twice the number of downloads, but Game B has twice the retention rate. Which one has achieved better growth after four months? Retention is the key to growth in the 2018 mobile landscape. Games and apps that offer their software for free should be focused keeping users around for the long term in order to turn them into paying customers through in-app purchases. However, in today’s competitive mobile world, how can one stand out from the sea of other apps?

We’re about to highlight several of the most innovative retention strategies for mobile for inspiration in order get ahead of the crowd.

How to Make your App Stand Out: Build Innovative Retention Strategies

What does it mean to be innovative in app and game development? Consider the behaviors that you want your users to do daily in order for them to uncover the value in your software. For example, you may want your users to rate your app on the App Store, but simply putting up a dialog won’t get the conversion you want. Finding an elegant, incentivized, and user-centric solution to driving the behavior you want is what makes your experience innovative, and thus effective in converting long term customers.

You may have heard of HQ Trivia, the game-show app that became a viral hit very quickly, with over 300,000 concurrent players for their trivia game show a few weeks after launching.

What this app has demonstrated to the world is the power of a scheduled, real-time event that players can expect and schedule into their day.  The goal of a game or app is to create a habit-forming experience, and there is hardly a stronger way than having an experience in the app happen every day at the same time.

For HQ Trivia, the ability for players to know that each quiz show game at the exact same time allows them to create into a daily habit much more quickly. This also makes it a social experience – friends will make plans with each other for the daily quizzes, or schedule events around the gameshow so as not to miss it that day. When players develop habits, they become high retaining players. Another example of a timed-event is in the game Top 11, a soccer management game.  In Top 11, players will face off against each other at a set match time each day, as opposed to a system of matching players who are online at the same time. In this way, players have a preset time in their mind of when to log in, creating a positive retention loop because the appointment in the app is set ahead of time.

Lastly, Clash Royale has introduced their Epic Saturday feature, where players can get free rare cards by logging on and claiming them on Saturday. This is another example of a successful game implementing a regular event cadence to even further improve their retention strategies.

The takeaway with real-time events is that creating value at predictable intervals is the key to creating habit-forming experiences, which in turn will drive high user retention.

Another example of a timed-event is in the game Top 11, a soccer management game.  In Top 11, players will face off against each other at a set match time each day, as opposed to a system of matching players who are online at the same time. In this way, players have a preset time in their mind of when to log in, creating a positive retention loop because the appointment in the app is set ahead of time.

Lastly, Clash Royale has introduced their Epic Saturday feature, where players can get free rare cards by logging on and claiming them on Saturday. This is another example of a successful game implementing a regular event cadence to even further improve their retention strategies.

The takeaway with real-time events is that creating value at predictable intervals is the key to creating habit-forming experiences, which in turn will drive high user retention.

Notifications are a very important method of retaining users on mobile, because it allows developers a way to communicate important information to their users. However, in recent years, users are much more sensitive to apps that abuse this channel and will be quick to turn off notifications – or worse – uninstall the app. Facebook, who experiments and optimizes their retention features on a massive scale, has shown they are invested in allowing users to customize their notification cadence. On Messenger, users can choose to stop receiving notifications for a few set amounts of time. Additionally, Facebook has recently allowed users to “snooze” content or people from their news feed, where previously the only option was to completely unfollow or unlike the pages someone found annoying at that time.

In mobile games, you can also achieve a similar type of solution by letting players pick what types of notifications they want to see. A match request? Yes, please. My crops are ready to be harvest?  Yeah, I’ll snooze that one.

We learn from some of the most successful gaming companies that clans and guilds help drive retention through social pressure and collaboration. Games like Clash of Clans and Hero’s Charge all rely heavily on the social interaction of players for creating engaging content and competition amongst themselves. How can you create those types of experiences in non-gaming app experiences? One great example is the crowdsourced safety app Citizen, where they allow users to livestream, chat, and share community safety issues to help other users avoid dangerous situations or crime scenes.

This is one example of where local users form communities within an app – think of neighborhoods as in-game guilds – and help crowdsource most of the content in the app.  Additionally, users are ranked based on their involvement with the app – almost like a gamified neighborhood watch.

Another example of using community & social interaction to increase app retention is in the app Cardiogram. Here, we see the app creating benchmark data for each user – a way to see how their heart rate and activity data matches up to other users.  This is similar, but less competitive, to a “health leaderboard.”

Utilizing social in innovative ways can definitely drive high retention in modern apps. At the core, it comes down to building ways for users to either compete or collaborate, but as you can see, the actual implementation can be quite innovative.  Use these two apps as great gamification examples around social.

Daily quests are no mystery to the most hard core of gamers; they have been a stable of RPG-esque games for years. However, in recent months, the practice has found its way into even the most casual of games, and even into non-gaming subjects as well. The reason is simple: users need a bit of hand-holding with any new software, and missions are a good way to give players directions while also not forcing them too hard.

Here are some innovative examples of missions that could inspire other developers to build this retention strategy of quests systems into their games and apps.

Clash Royale: the hit card-battling game from Supercell initially shipped without a mission or quest system in place, but in a recent update, the developer built a quest system that incentivized daily play, gave players a goal, and showcased new features to interact with. If a developer is looking to a modern approach to mission systems in games, Clash Royale is a prime example of one.

Taking a gamified approach to the mission system is the Starbucks app, which seeks to increase people’s usual caffeine expenditure at their stores through offering a system of rewards for repeat check ins.

Through the use of the bonus stars, Starbucks sets a habit by giving away bonuses for buy coffee every day, as well as achieving the goal for 5 days in a row. Users love a sense of accomplishment, and Starbucks will gain repeat customers through incentivizing a daily habit of coffee purchases in their stores.

In today’s market for apps and games, it’s certainly hard to stand out from the crowd and to grow your user base.  However, with the right retention strategies, you should be able to keep users around longer than your competitors, be able to more profitably acquire users through typical channels, and to be able to capitalize on world of mouth and viral referrals.  Make sure to innovate your retention mechanics and strategies, and you will find success in the market.