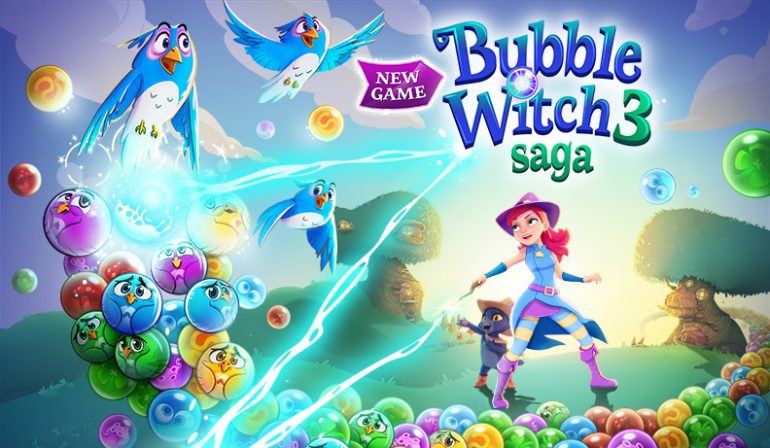 Released in January 2017, Bubble Witch 3 Saga (BW3) is the latest entry in King’s Bubble Witch Saga line of games. BW3 solves some issues from the previous games, namely difficult targeting and frustrating randomness, to create the most accessible match-3 bubble shooter of the series. Designed and optimized for mobile, with vibrant “cartoony” graphics, BW3 will clearly appeal to bubble shooters and fans of Saga games alike. Clear puzzles by shooting bubbles to make color matches of at least 3 or more.

More a Match-3 than an Actual Bubble Shooter – While the game is presented as a bubble shooter, the precision of the aiming line makes the shooting part—while still visually enjoyable—extremely predictable. With skill being mostly removed from the equation, the game quickly feels like any other match-3 from King, which are great, polished products, but are very similar to each other. While this likely reduces friction with King’s well-established player base, it may come as a detractor for players looking for a fresh experience.

Strong Virality – King has a lot of experience building social, viral games. BW3 is no exception. With genre-standard life-gifting/requests features and map- and score-based social competition, and the new addition of earning rewards for visiting friend’s homes, the game has much potential to attract new players and encourage player interactions.