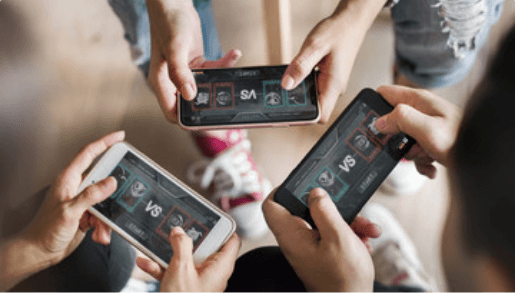 The Economics of a Free-To-Play Console Game

Home « Blog « The Economics of a Free-To-Play Console Game

What’s interesting about this is not the total, it’s that a mere $1B of that $13B is expected to come from virtual item sales on consoles. This is not surprising, given the relatively low install base of download-capable consoles, compared to the complete ubiquity of similarly equipped PCs. Consoles are always going to be a subset of the addressable market of PCs and for now should be considered a secondary or tertiary platform for all but the cheapest-to-produce or most daring F2P endeavors.

Why? Do the math using a fictional Xbox 360 Live Arcade Free-To-Play game:

That leaves about 4.68M users as the addressable market for our fictional F2P product. Now let’s assume a very high tie ratio, just to be optimistic, as we are giving away this product for free after all:

Great stuff! Now let’s see how this group monetizes using some numbers from the wild. 5-10% of users ever pay for your product. Sometimes it can go as high as 15% or as low as 0% (of course), but we’ll be optimistic and assume 10% for this calculation.

Hold up though. We need to measure the active player base, not the amount of people who ever downloaded the product. This is hard to do, since your monthly uniques might be high at first, but decay over time as voyeurs lose interest. But let’s assume your uniques/month stabilizes at around 10% of your registered user base (aka the 2.34M users who initially downloaded the product).

Conversion rates are more accurately based off your uniques/month than they are your total user base. Puzzle Pirates has about 30,000 active paying users on 200K uniques/month (and a total “registered user” base of nearly 3M). So Puzzle Pirates is monetizing 15% of its monthly uniques. So our monetization might look like this:

That doesn’t sound bad though, does it? Now let’s look at the lifetime ARPU from each of these players. We’ll continue to use the casual MMO Puzzle Pirates for a data point here, with their $100 lifetime ARPU per paying user.

Ugh. That’s 2-4 years to hit $3.5M in revenue on a product that, if you’re not a small, furry animal like Three Rings, might cost you low 7 figures to develop. That level of profit might be a respectable contribution margin on a typical packaged product, but not exactly a game changer on the scale of F2P games like Kart Rider or Maple Story.

Also keep in mind that my tie ratio (2:1) and monetization rate (10%) are definitely on the optimistic side, so the real gross revenue figure is likely lower than $3.5M. However, I don’t account for inevitable growth in the 360’s install base, which will of course nudge these numbers upward.

In any case, this is why the really big opportunities in F2P and VIS (Virtual Item Sales) still exist exclusively on PC. With hundreds of millions of net connected PCs, the addressable market far outstrips that of the consoles.

UPDATE: I’m going to blame this omission on how late it was when I wrote this post. I totally forgot to factor in Microsoft’s 30% cut of downloadable content sales (which we’ll assume would still apply to virtual item sales on their console). So not only are your content creation costs higher for a F2P XBLA game (dev kits alone are costly), but your margins on virtual item sales are worse.